Carter Hillstrom is certified as an expert trial lawyer by the Florida Bar, and is AV-Rated by Martindale-Hubbell.  The leader of our trial practice, he has tried 90 cases to a jury verdict, and has conducted more than 1,000 bench trials, as both a lawyer and quasi-judicial officer.

Prior to entering private practice, Carter served as an Assistant State Attorney in Fort Lauderdale, Fla. The first attorney in his class to be promoted, he quickly rose through the ranks of the Office of the State Attorney (17th Circuit), prosecuting such serious crimes as murder-for-hire, drug trafficking, attempted murder and armed robbery. He successfully prosecuted several high-profile cases, and was honored as the felony prosecutor with the most “career criminal convictions.”  His last assignment was with the elite Economic Crime Unit, where he handled complex white collar crimes.

Outside of our trial practices, Carter presides over traffic court as a hearing officer for the Broward County Court.  Through this position, Carter teaches continuing legal education courses for judges and hearing officers.  He chaired the statewide Rules of Traffic Court Committee for the Florida Bar in 2021 and 2022, and served on the Rules of General Practice and Judicial Administration Committee, and the Special Joint Subcommittee on “Marsy’s Law.”

Carter attended law school at St. Thomas University on a full academic scholarship. He edited the St. Thomas Law Review, served a judicial clerkship, was a certified legal intern with the Office of the State Attorney, and graduated a semester early.

Carter received his undergraduate education at the University of Florida, earning a degree in journalism. While at U.F., he was involved in Student Government, Interfraternity Council and Gator Growl; and served as president of the Beta Theta Pi fraternity.

Between U.F. and law school, Carter worked as a journalist, producing interactive news for a major New York cable conglomerate, then for a local television station in Tampa. He also worked as a freelance sportswriter and independent public relations consultant while in law school. 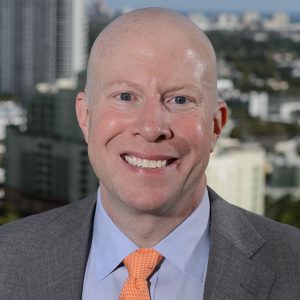